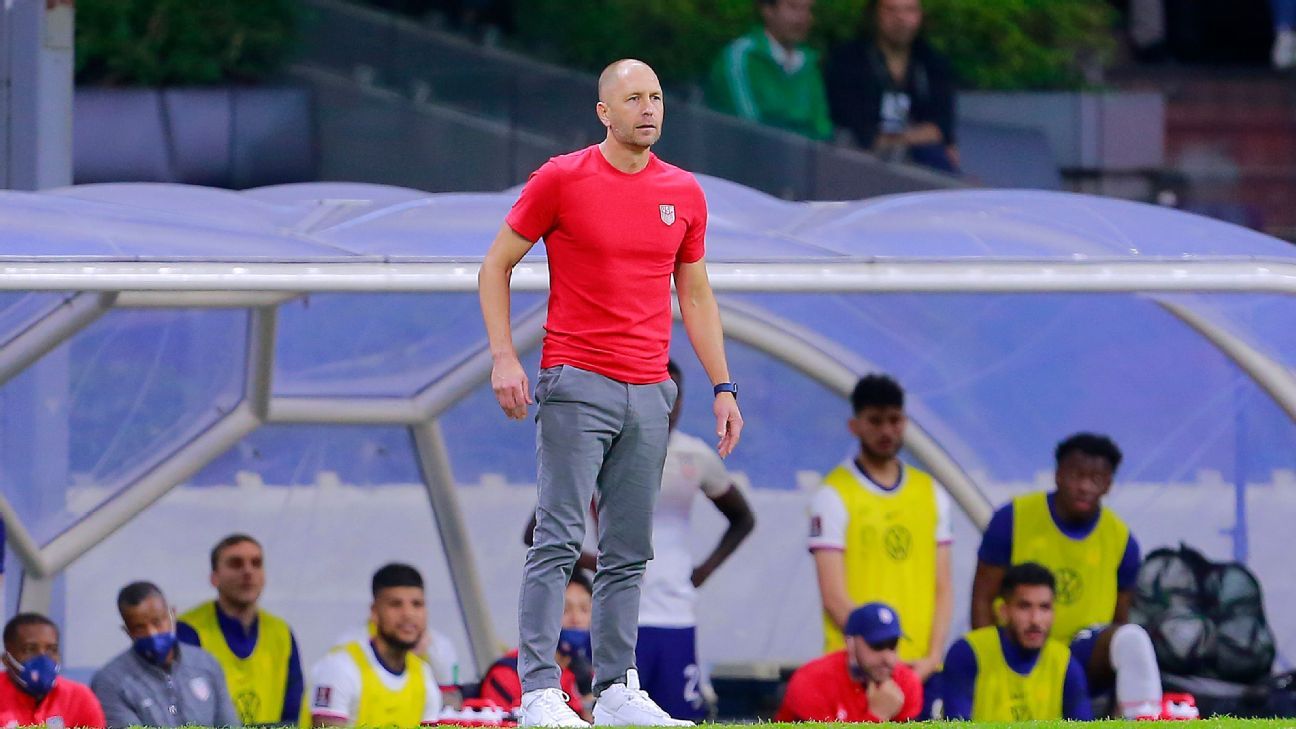 ORLANDO — As the U.S. men’s national team prepares for the World Cup qualifier Sunday against Panama, and with the possibility of clinching a spot in Qatar, manager Gregg Berhalter has a simple message for his players: Stick to the process.

“I preach to the team about just one game at a time, sticking to the process doing the small things, doing the process-orientated things and the results will come,” he said on a Zoom call with reporters Saturday. “That’s how I’m looking at this as a coach also. We’re just doing our final preparations like we always do. And that’s what it is. It’s honestly not more than that.”

The U.S. finds itself in second place in the eight-team final round of World Cup qualifying out of the Confederation of North and Central American and Caribbean Football, ahead of Mexico on goal differential. A victory for the U.S. on Sunday would ensure Berhalter’s team makes the World Cup as one of three automatic qualifiers if Costa Rica fails to win at El Salvador. A draw would be enough should Costa Rica lose.

Costa Rica’s match will end before the U.S. takes the field. Berhalter said, “We’ll certainly be paying attention” to the result, but added that he wasn’t sure it would change the U.S. team’s game plan.

Berhalter and the U.S. want to get it done by winning, though that will require the team to overcome a few obstacles. The U.S. expended tremendous energy Thursday in its 0-0 draw with Mexico, which took place at an altitude of 7,200 feet.

“In terms of the group, the spirits are high,” he said. “They’ve been doing [regeneration] yesterday. We’ve got some stuff over at the hotel that they’re doing today in preparation for the training session, so we’ll be ready.”

Injuries to the likes of midfielder Brenden Aaronson, goalkeeper Matt Turner, right back Sergino Dest and midfielder Weston McKennie mean the U.S. won’t be at full strength. The situation is especially acute at right back, where in addition to Dest’s injury, Reggie Cannon is out after testing positive for COVID-19 and DeAndre Yedlin is suspended after getting his second caution qualifying against Mexico. That leaves Shaq Moore, who flew to the U.S. from club side Tenerife in Spain on Thursday, in line to start.

The choice of Moore over Borussia Monchengladbach’s Joe Scally was something of a surprise given the breakthrough Scally has had this season, but Moore’s play during last summer’s Gold Cup, plus his reemergence in the Tenerife lineup, carried the day.

“We’re very comfortable with [Moore] and we decided to go with experience over Joe Scally in this case,” Berhalter said.

USMNT head coach Gregg Berhalter looks on during the World Cup qualifying draw against Mexico at the Estadio Azteca on Thursday. Getty Images

In many respects the absent players are nothing new for the U.S., and it’s something Berhalter has come to accept as part of the slog that is World Cup qualifying thanks to some advice from former U.S. manager Bruce Arena.

“The biggest thing that I’ve learned — and Bruce hammered this home — is you’re never going to have your best team,” he said. “You’re always going to be missing players. As soon as I came to terms with that, we’re just much more peaceful about it. We’re much more intentional about the next man up mentality, because that’s literally what it is.”

The U.S. will be facing a Panama side that is coming off a shock 1-1 draw at home to bottom-of-the-table Honduras. The Canaleros‘ qualifying campaign now hangs by a thread, and they could be eliminated Sunday. That might increase Panama’s level of desperation.

“I think if that leads to them getting unbalanced then that’s good for us,” Berhalter said. “But the way we’re looking at this is we want to go out and win the game. And whatever it takes to win we’re gonna do it.”

He added: “I don’t think we’re presumptuous enough to think that we’re going to win this game in a blowout. I don’t think that’s going to happen. Panama is a good team, well-coached team, physical team and they’re going to put up big resistance.”

Berhalter said his side would be wary of Panama’s ability to finish off crosses, an aspect of its game he called “elite.”

“They have great service from both the left and right side. And they have really good runs in the penalty box,” he said. “If you look at the chances they get, it’s time and time again a guy crossing from a deeper position to good runners in the box, athletic forwards, and they score a goal.”

Perhaps the biggest lineup question is who starts at forward. Against Mexico, Ricardo Pepi was ineffective and Jordan Pefok missed a glorious chance at a game winner. That might create an opportunity for Jesus Ferreira to step in, though Berhalter was noncommittal.

“All three forwards are in contention to start the game tomorrow,” he said. “They all bring different elements that could help the team be successful. Jordan certainly is good on crosses, good in the penalty box. It was a difficult night for him in the Azteca, there’s no question about that. But players bounce back.”

Next post Attention to objects in peripheral vision is not driven by tiny eye movements: Findings resolve controversy about brain systems for attention