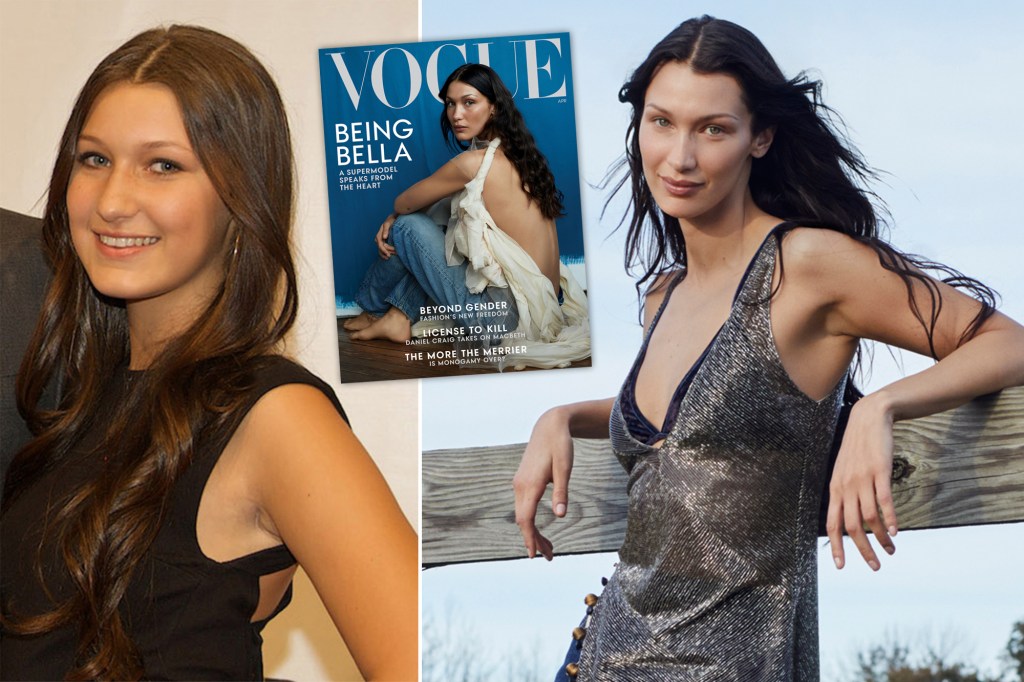 It isn’t easy being the younger sister — even when you are a supermodel who’s appeared on countless magazines and fashion runways.

Bella Hadid, 25, opened up to Vogue about what it was like being in the shadow of her older sister Gigi, who joined the industry first.

“I was the uglier sister. I was the brunette. I wasn’t as cool as Gigi, not as outgoing,” she told the magazine for its April cover story.

“That’s really what people said about me. And unfortunately when you get told things so many times, you do just believe it … I always felt like I had something to prove. People can say anything about how I look, about how I talk, about how I act. But in seven years I never missed a job, canceled a job, was late to a job. No one can ever say that I don’t work my ass off.”

In the new issue, Hadid talks about her mental health struggles, anorexia, a litany of maladies including Lyme disease and, yes, finally admits going under the knife. 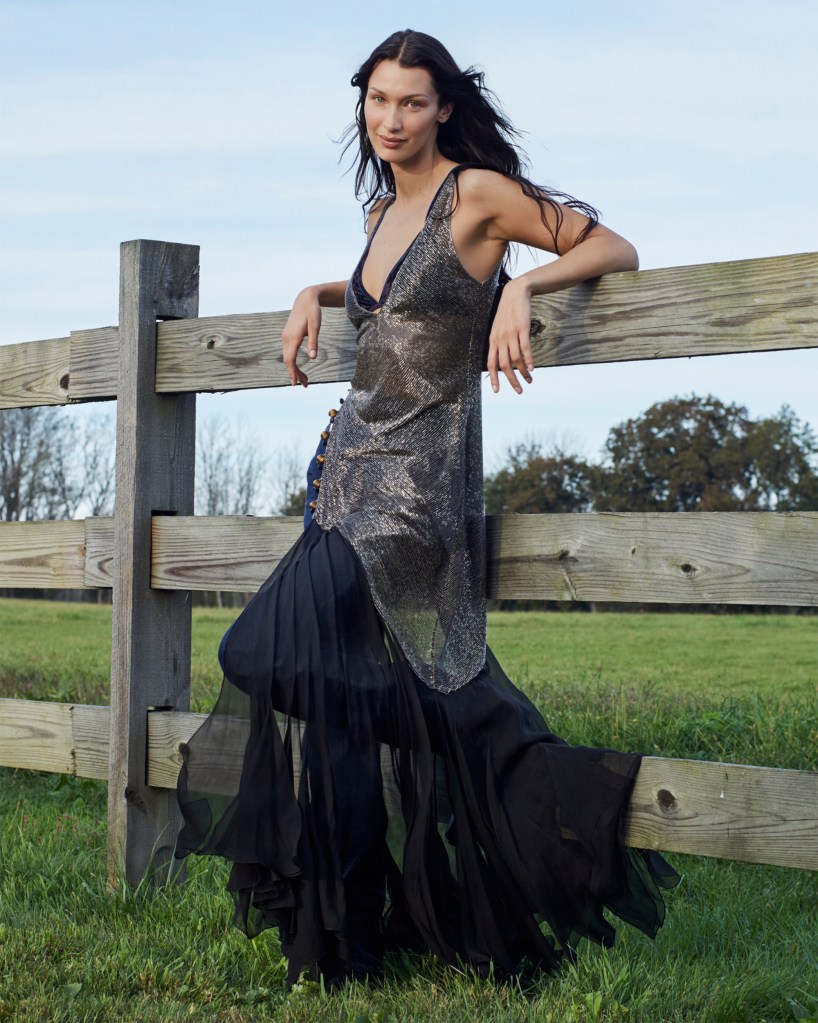 “People think I fully f – – ked with my face because of one picture of me as a teenager looking puffy. I’m pretty sure you don’t look the same now as you did at 13, right? I have never used filler. Let’s just put an end to that. I have no issue with it, but it’s not for me. Whoever thinks I’ve gotten my eyes lifted or whatever it’s called — it’s face tape! The oldest trick in the book,” she said.

But Hadid did acknowledge the procedure she did have done: a nose job she had when she was only 14.

“I wish I had kept the nose of my ancestors,” she said. “I think I would have grown into it.”

Her father’s side of the family is Palestinian-Jordanian and her mother Dutch.

Hadid also divulged her numerous health issues. In the eighth grade, she started to experience symptoms including brain fog, anxiety, exhaustion, headaches, bone pain and crying spells, which came from Lyme disease. At 20, she was diagnosed with hypothyroidism and in high school was prescribed Adderall, which led to an eating disorder. 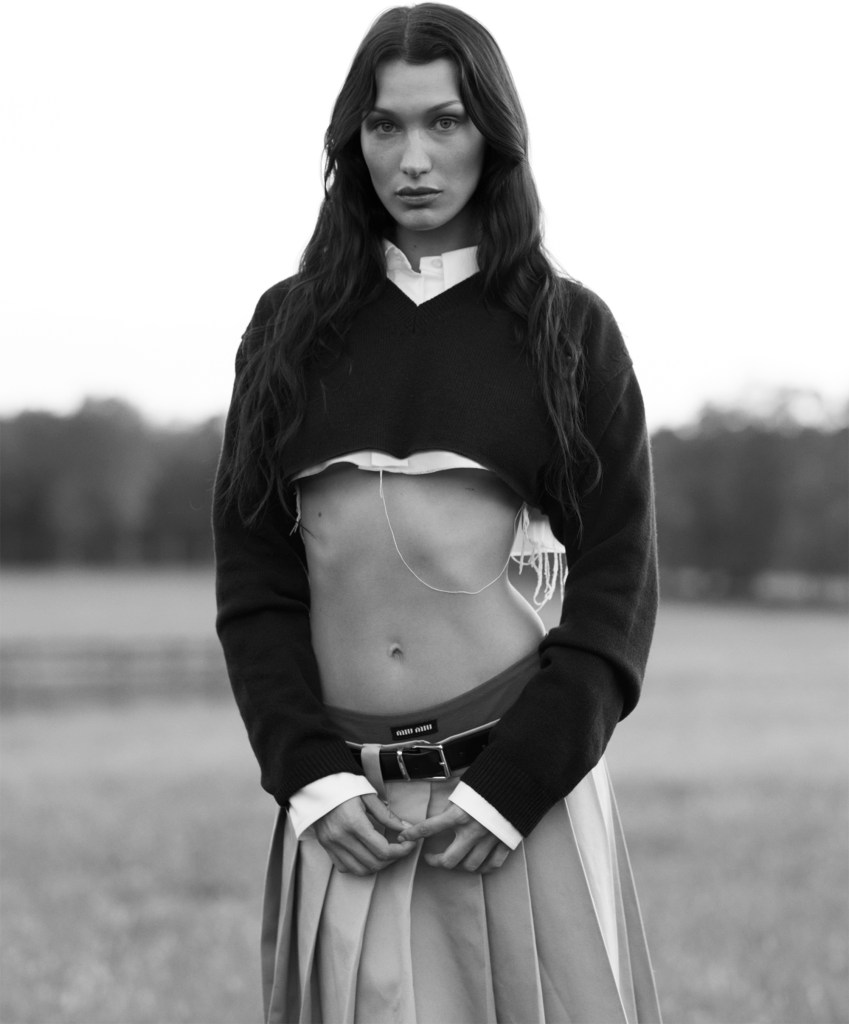 Bella Hadid shows off her toned midriff in this month’s Vogue.

“I was on this calorie-counting app, which was like the devil to me. I’d pack my little lunch with my three raspberries, my celery stick,” said Hadid, who realized it was less about calories and more about control. She no longer has disordered eating but feels the lingering effects of body dysmorphia and makes a point of avoiding mirrors.

In 2021, Hadid, who is dating art director Marc Kalman, experienced crippling depression, which led to a two-week stay at a facility in Tennessee. There she began talk therapy and taking the antidepressant Wellbutrin.