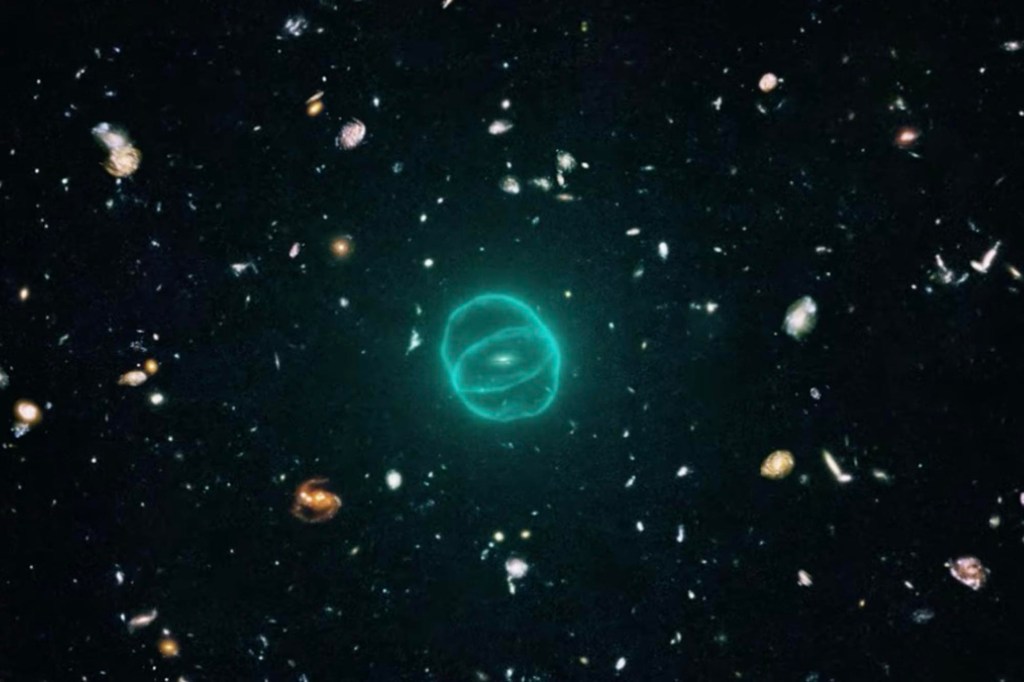 Humanity has reached a point of innovation where we can see into distant galaxies, but we can’t always explain what we’re actually seeing in the images.

But a mystery from 2019 may have been resolved thanks to researchers working on data obtained from South Africa’s MeerKAT telescope.

Ray Norris, a professor at Western Sydney University, and his colleagues were so baffled by “glowing rings” spotted in deep space that they were unsure of what to call them – and so they called them exactly what they are.

Odd radio circles (or ORCs) are now thought to be an eggshell of radio waves that we can map against the backdrop of space.

They appear to have rings oscillating around the orb because the edges hold “more material along the line of sight, much like a soap bubble.”

Located about a billion light-years away, the ORCs must be massive for us to spot them – even with fantastic telescoping equipment.

Norris theorizes the ORCs are about a million light-years across – quite a distance considering one light-year is 5,878,625,370,000 miles.

The ORCs have encased a central galaxy, and begun to swallow up other surrounding galaxies as its radio wave shell has grown.

The origin of these ORCs is still being debated, but the energized magnetic field mapped over them tells us that an explosion of some kind may have been a contributing factor.

Hot, volatile gas from the inside of the blast meeting the still, weak gas outside the galaxy could produce a magnetic field like the one mapped over the ORC in question.

The cause of the explosion would need to be something that creates enough energy to generate a space object as large as the ORC.

Norris writes that “the merging of two supermassive black holes” would be sufficient, and is rare enough that it explains the few instances of ORC observation.

A second theory would be that the area experienced a “starburst” where millions of stars are suddenly created by gas in the galaxy.

Note that all of what is being observed actually occurred hundreds of millions, if not billions, of years ago.

Because the ORCs are so far away, it takes a long while for the radio waves that make them observable to the MeerKat to reach Earth.

This same theory is applicable to light rays from the Moon and the Sun, which are visible to the Earth on a 1.3 second and 8-minute delay, respectively.

Previous post An ‘oracle’ for predicting the evolution of gene regulation