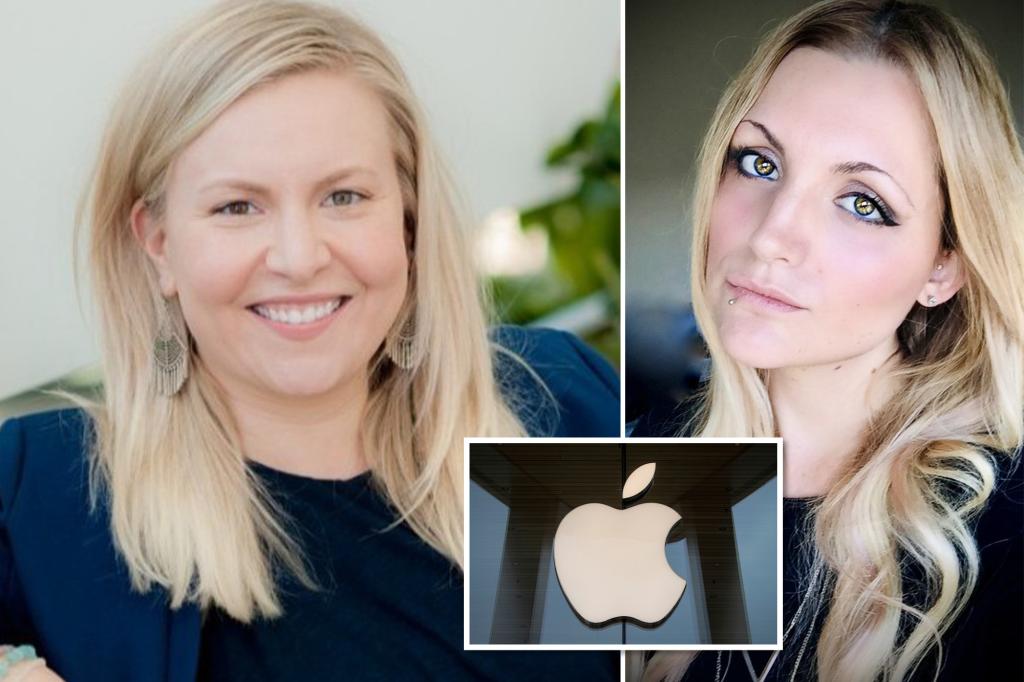 A pair of ex-Apple employees who made headlines last year for leading a whistleblower movement against the company have since become embroiled in a bizarre legal fight, accusing each other of harassment and stalking.

Most of the hundreds of Apple employees who shared stories through #AppleToo were anonymous. But Scarlett and Gjøvik, who were employed by Apple at the time, both made the risky decision to speak publicly.

Scarlett focused largely on pay equity, remote work and transparency issues at Apple, while Gjøvik spoke out about health concerns related to an Apple office having been built on a Superfund site, as well as Apple’s privacy policies. Both women also said they had experienced harassment at work. 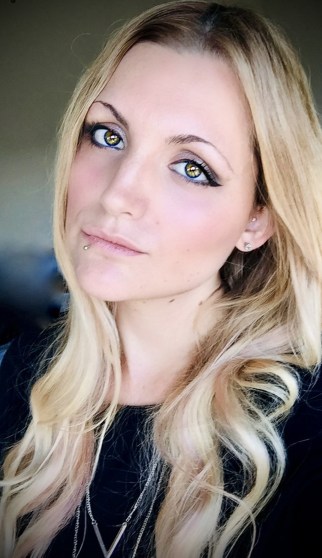 As some of the only faces associated with the campaign, Scarlett and Gjøvik built substantial followings online and were covered by outlets including the Wall Street Journal, Washington Post and New York Times, which dubbed #AppleToo the main example of “employee unrest” at Apple that “would have been unthinkable a few years ago.”

But behind the scenes and eventually in public, Scarlett and Gjøvik had a falling-out involving claims of stalking, leaking confidential information and even secretly working on behalf of Apple. The dispute culminated in Gjøvik labeling Scarlett an “evil witch” and Scarlett receiving a restraining order against Gjøvik, court papers show.

“It’s unfortunate that a petty disagreement exploded into full-scale harassment and that the other party just didn’t take the time to try to work it out or just move on and be an adult,” Scarlett told The Post. “To me, there’s no reason that this should’ve happened and we should all be focused on holding corporations accountable, not tearing each other down.”

Gjøvik told The Post she’s “not legally allowed” to talk about Scarlett’s accusations until 2027 due to the court order but said she remains dedicated to fighting for justice against Apple.

Apple did not respond to a request for comment.

Shortly after #AppleToo was formed last summer, Gjøvik had a series of disagreements with Scarlett and other members of the group. Some got the impression that Gjøvik was trying to use their stories to bolster her own case against Apple, rather than support “collective action,” according to court testimony from Scarlett viewed by The Post. Gjøvik then left the group.

In September, Apple fired Gjøvik for allegedly leaking intellectual property to a reporter — an accusation Gjøvik denied and has appealed through complaints with the National Labor Relations Board and Department of Labor.

However, Scarlett claims in court papers that prior to Gjøvik’s termination, Gjøvik had privately admitted to leaking information to a reporter from The Verge for a story about Apple collecting personal data on their own employees in the process of testing products like Face ID.

When Gjøvik accused Apple of wrongly firing her, Scarlett called out Gjøvik through a post on corporate message board Blind, writing that it would be difficult for Gjøvik to argue she was wrongly fired since she had indeed leaked intellectual property.

Apple attorneys then cited Scarlett in their legal defense against Gjøvik’s labor complaints, according to Gjøvik, leading Gjøvik to write on Twitter that her former collaborator was being “a defense witness for Apple against me.”

“She’s in active communication helping Apple in their campaign of harassment, threats, & horror against their safety whistleblower,” Gjøvik claimed.

Scarlett later apologized to Gjøvik for posting about her on Blind but maintains that she never worked with Apple as a defense witness and did not intend to be cited in Apple’s defense.

The same month that Gjøvik was fired from Apple, Scarlett took leave from the company due to what she said was harassment from colleagues and strangers online in response to her activism, including from another Blind user who “doxxed” her by posting her contact information and former name, which she had changed years prior due to safety concerns.

Scarlett returned to Apple in November, but said that many of her colleagues still embraced the company’s “self-policing” culture and ostracized her because they did not support her speaking out against the company. She negotiated a settlement with Apple and left the company that month.

As Scarlett and #AppleToo’s clashes with Apple received more media coverage, Scarlett claims that Gjøvik got jealous because her whistleblower claims were receiving less attention.

“She was on a path to get a lot of media attention, but outlets struggled to corroborate her story, which kept changing over time,” Scarlett testified in court in King County, Washington. “I was profiled in the Washington Post and the Seattle Times, and she grew more agitated.”

Gjøvik claimed that the real reason she wasn’t being covered more in the press is that Scarlett had secretly “blacklisted” her by urging reporters to avoid speaking to her. 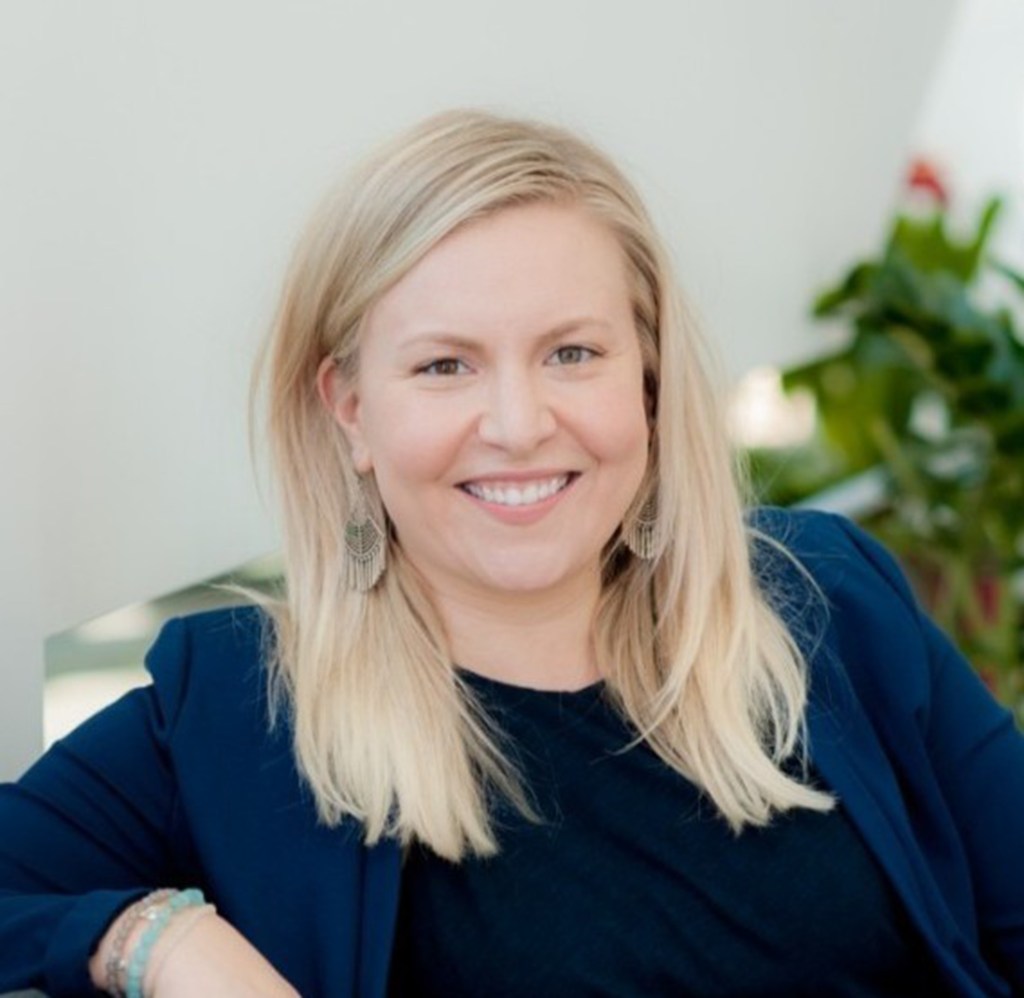 Ashley Gjøvik was fired from Apple in September after the company accused her of leaking intellectual property. Linkedin/Ashley Gjøvik

In December, Scarlett published a blog post bashing “a few” unnamed women for harassing her, including by editing her Wikipedia page and posting about her online.

“They determined I had slighted them all in some way, and quite possibly most hilariously, have some warped idea that I am controlling the press,” Scarlett wrote in what appeared to be a thinly veiled jab at Gjøvik.

Scarlett, a recovering addict, wrote that the harassment — along with her clashes with Apple — was so distressing that it caused her to relapse. She said that she had taken a pill that she said looked like a Percocet but actually contained Fentanyl, sending her “almost immediately into cardiac arrest.”

“I’m alive after two doses of Narcan, 8 minutes of CPR, and a defibrillator jolt to my chest,” Scarlett wrote, requesting donations to a GoFundMe fundraiser for legal and medical expenses. 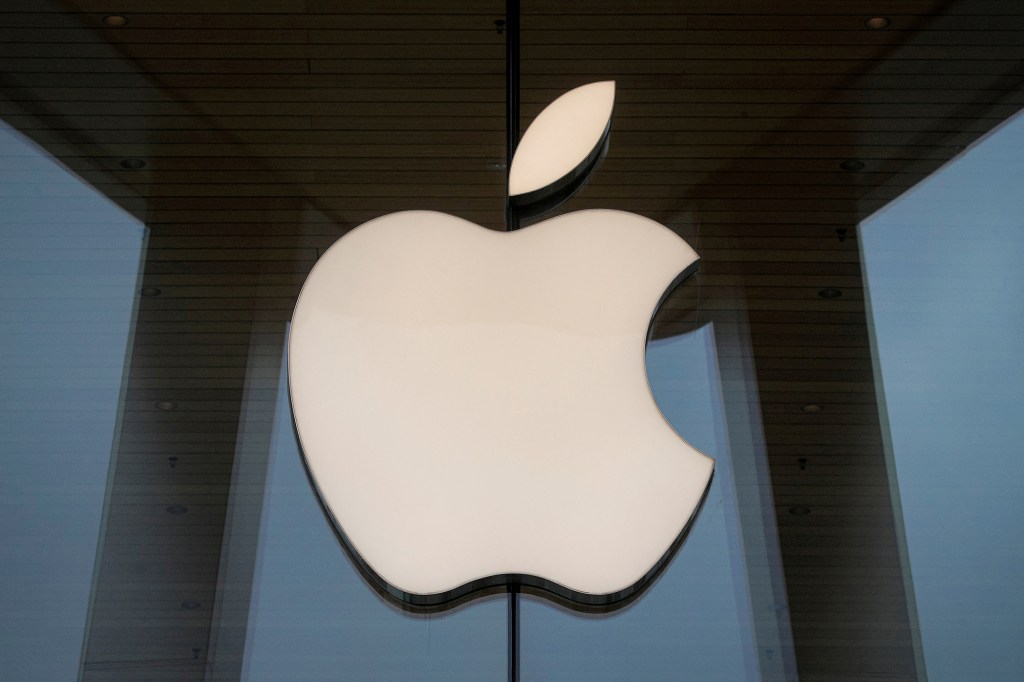 The #AppleToo movement accused Apple of overlooking gender and racial discrimination, sexual harassment and other ills.REUTERS

Weeks after Scarlett’s overdose, Gjøvik published a series of tweets calling Scarlett a “psycho” and an “evil witch,” according to screenshots Scarlett included in court papers. Gjøvik also accused Scarlett of secretly being paid by Apple to try to orchestrate a “harassment & defamation” campaign to “try to get me to give up/kill myself,” the screenshots show.

The same month, Scarlett reported Gjøvik to the FBI’s internet crimes division, according to her court testimony.

Then in early February, Gjøvik published an “evidence report” about Scarlett online. It included excerpts of Scarlett’s online posts as well as what Scarlett said was personal information about her husband, child and other family members.

In response, Scarlett filed a request for a restraining order in a Washington state court.

“Ms. Gjøvik has one goal: to destroy me publicly,” Scarlett testified. “Please help me find relief from the fear of my well-being, and the safety of myself, my child and the rest of my family.”

In a legal filing, Gjøvik again claimed that Scarlett was actually the one who was “persistently attempting to harm, harass, defame, intimidate, and coerce” her. Scarlett’s request for a restraining order was, in Gjøvik’s telling, yet another example of her harassment.

But on March 1, a judge in King county sided with Scarlett, granting a five-year restraining order against Gjøvik. It bars Gjøvik from speaking publicly about Scarlett and from coming within 1,000 feet of her, among other measures.

Gjøvik has filed an appeal that’s set to be heard in Washington state superior court this August.

“My lawyer and I already submitted an appeal, as this order violates my First Amendment Rights and the State of Washington court lacked jurisdiction to issue such an order against an out of state respondent,” Gjøvik told The Post.

“I did receive notice that Ashley is appealing it in the court proceeding,” Scarlett said. “I don’t believe that another judge will find that there was any mistake in that proceeding.”

“I would’ve preferred that none of this became the subject of the media,” she added.

Previous post Kareem: Some of LeBron’s actions ‘beneath him’