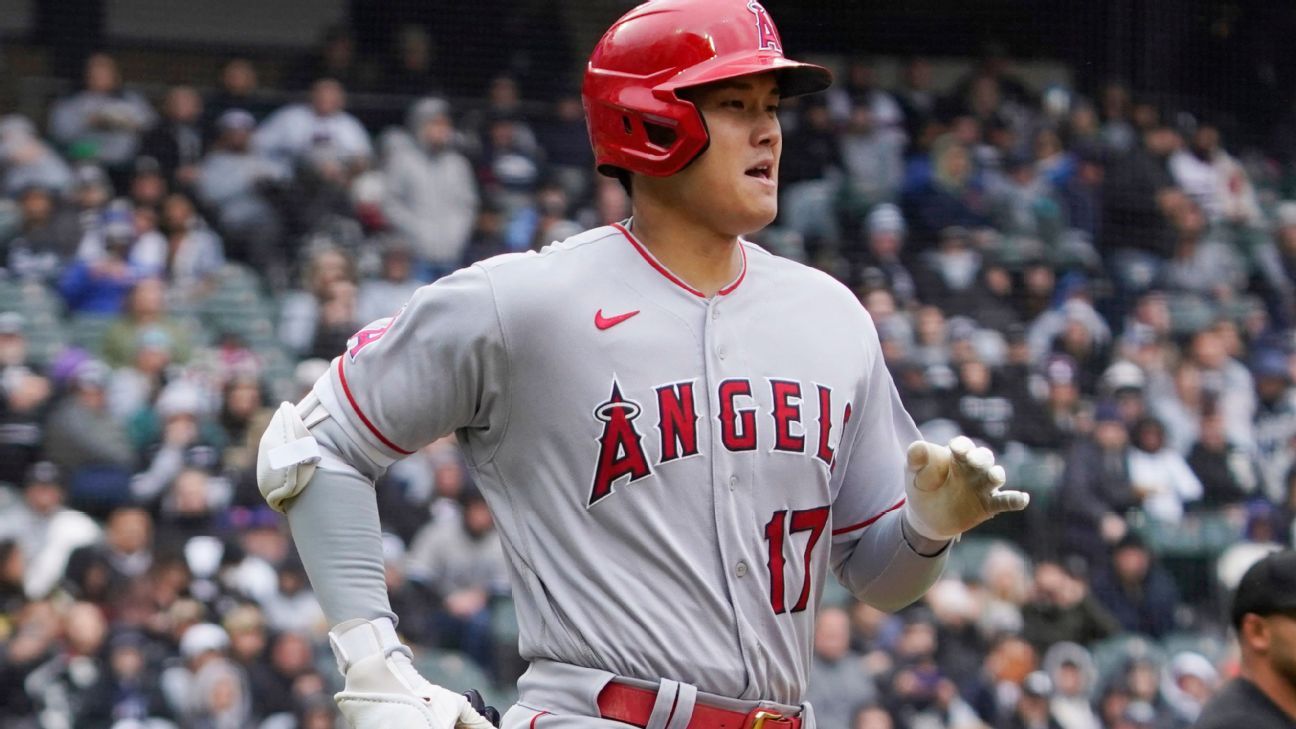 After the win, Ohtani’s removal was described by the team as precautionary. He could be back in the lineup for the series finale in Chicago on Monday.

“For safety measures he was taken out of the game by the trainers,” Mizuhara Ippei, Ohtani’s interpreter, said. “He was completely OK with [being removed]. But as of now, he plans on playing tomorrow.”

Ohtani went 0-for-3 as the Angels’ designated hitter before being lifted for pinch-hitter Jack Mayfield with two runners on and Los Angeles leading 4-0 in the ninth inning. The Angels ultimately won by one run after withstanding a five-run White Sox rally in the ninth.

Angels manager Joe Maddon said that it was too soon to say whether Ohtani would make his next scheduled start on the mound, which has yet to be announced. He last pitched at Cleveland on April 27.

Ohtani appeared to ease up while running down the line while grounding into a double play during the eighth inning.

“I think that was the cause, yeah,” Maddon said. “I noticed at the end, he didn’t finish going, which isn’t like him.”

The Angels were backed by another strong showing from starter Michael Lorenzen, who allowed just three runs in 8.1 innings of work. Mike Trout homered and reached base five times for the Angels, and Mayfield had an RBI single after replacing Ohtani.

Los Angeles is off to a 15-8 start this season and leads the American League West.