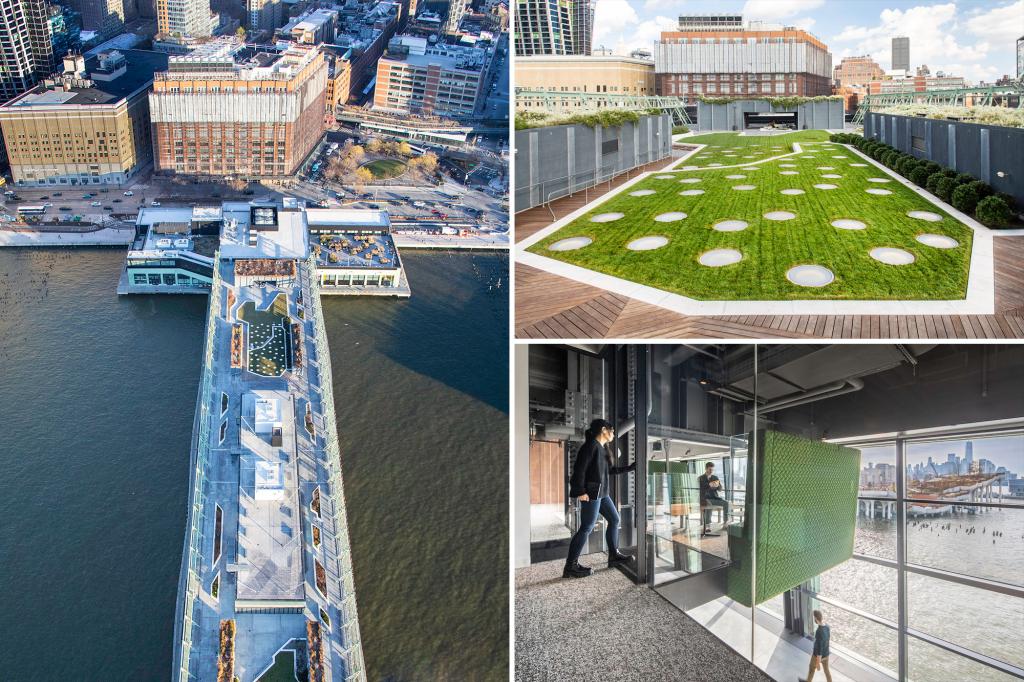 Google has officially unveiled its new campus for New York City employees, a sprawling facility atop a pier that juts into the Hudson River with amenities that include a two-acre rooftop park with views of Lower Manhattan and Little Island.

The 630,000-square-foot Hudson River campus on Pier 57 includes three buildings of office space for some 450 employees just above the West Side Highway near 15th Street in Chelsea.

The two-acre park space is open to the general public. There’s also a food hall and an area for outdoor screening of films during the Tribeca Film Festival.

Google is the key tenant at the pier, which cost more than $500 million to restore, according to New York Business Journal.

“I’m excited about this venture and others we are going to do,” said Adams. 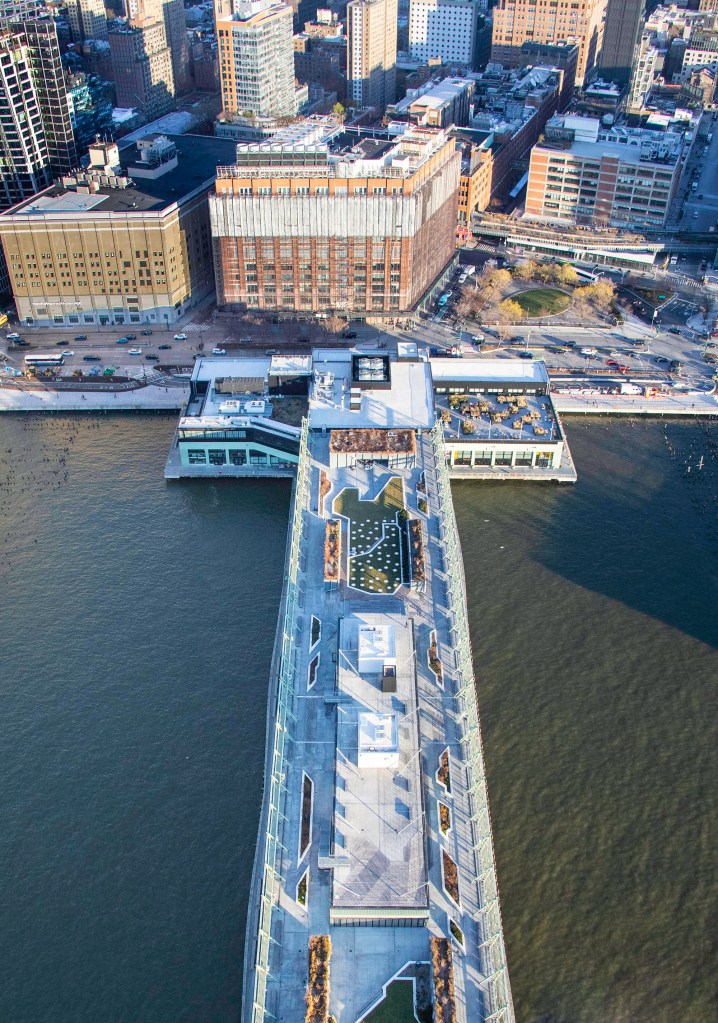 The unveiling comes after a restoration of the pier that cost more than $500 million.Courtesy of Google 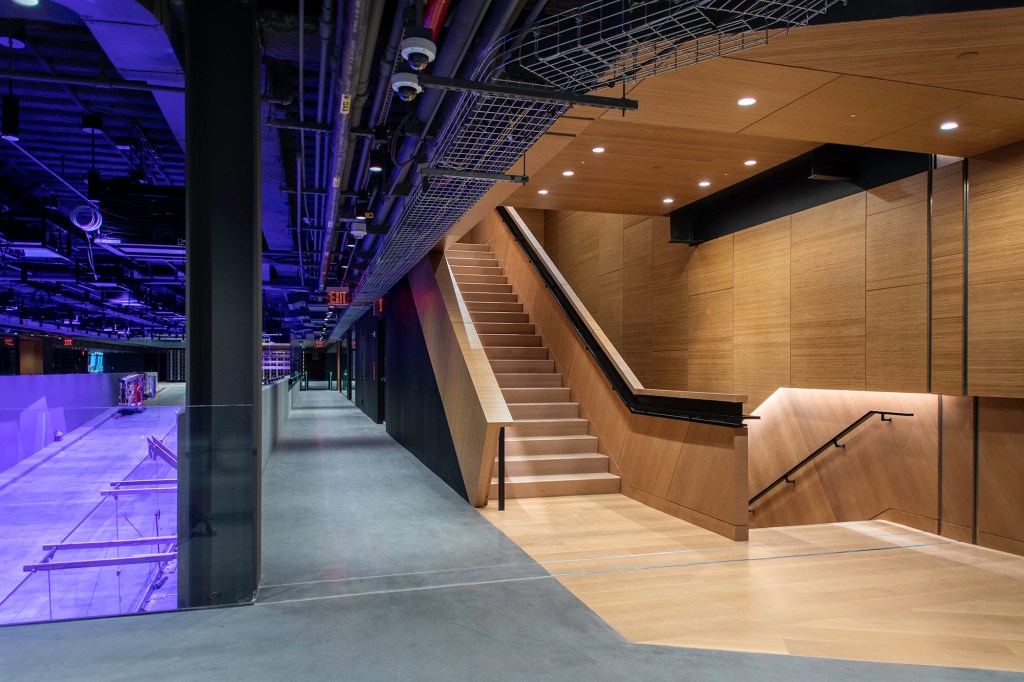 The facilities are expected to hold some 450 office workers.Courtesy of Google

Adams and other public officials have urged companies to bring their employees back into the office as a way to jumpstart the local economy, which has struggled since the onset of the coronavirus pandemic.

“So get some new work clothes, because you might have put on a couple of COVID pounds — I’m guilty too — and get back to work. Come back here,” said Hochul.

Google, which employs 12,000 workers in the city, is looking to expand its footprint in the Big Apple.

In September, the company snapped up a 1.3 million-square-foot waterfront building in Manhattan’s Hudson Square for $2.1 billion — which at the time was the most ever paid for an office building. 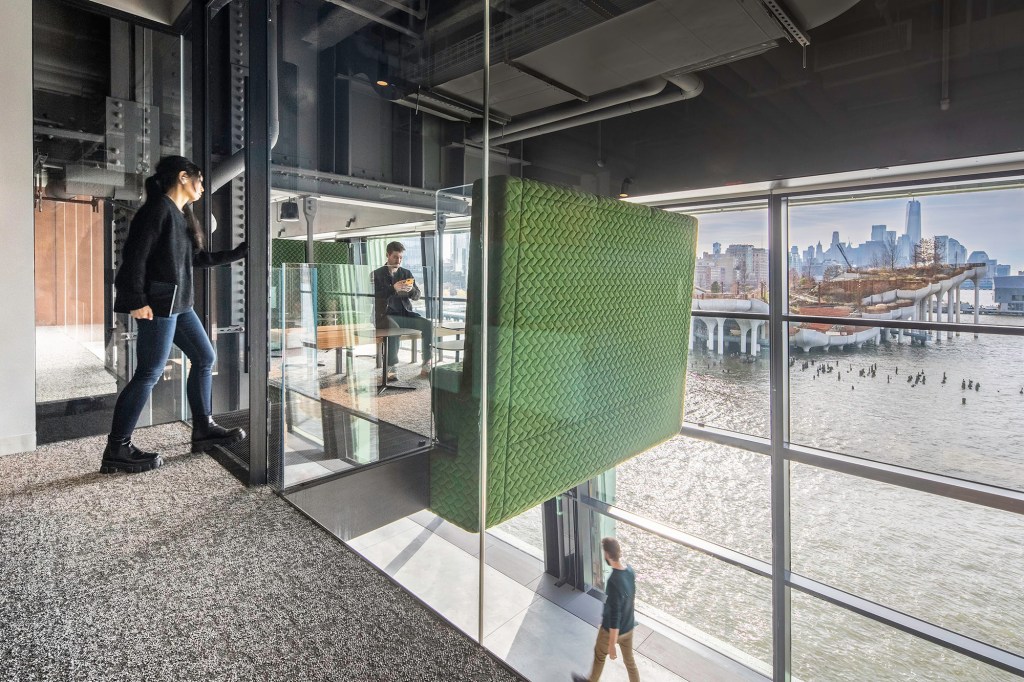 Google, which employs 12,000 workers in New York City, is looking to expand its footprint in the Big Apple.Courtesy of Google 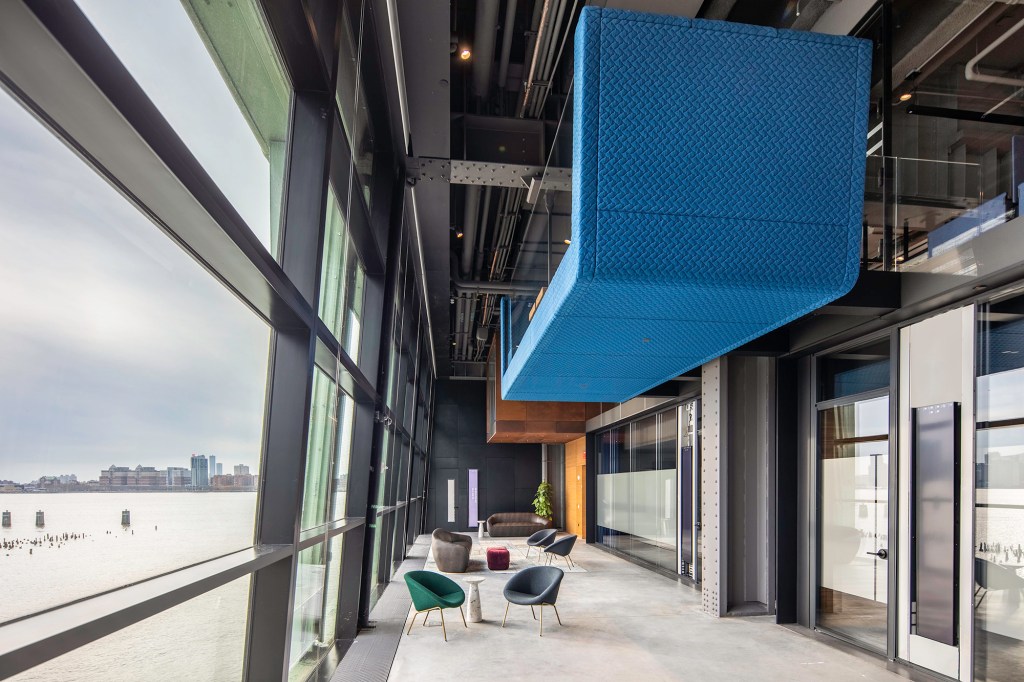 Google hopes the new offices will make it more attractive for workers to return to the office.Courtesy of Google

Earlier this month, Google asked its employees to return to the office for at least three days a week as part of its new hybrid model.

The new work schedule, which Google argued “balances the best of being together in person and being anywhere,” will apply to employees in New York City, the San Francisco Bay Area and several other US cities.